A Whipping With a Riding Crop

Jane climbed down from the horse, sweaty from an afternoon ride and smiling at the fun. She patted Lucky and went to fill a bucket with something tasty for him. When she got back she fed him and took care of all the little things that make a horse comfortable. She turned around to see her Mother standing there suddenly, which was unexpected.

Jane was only 20, but extremely bright and independent for her age. She had pretty dark brown hair tied back in a ribbon, and beaming blue eyes. She didn't realize that soon her pretty eyes would be welling up with tears, her independence having gotten her in trouble again. Her mother casually tossed her backpack at her feet near the front of the stable area she was coming out of.

Her Mother believed very strongly that underage people shouldn't drink, except perhaps for a special occasion with something light like champagne, and under adult supervision. Jane staunchly held her own opinion about such things, she figured that if she could consider joining the military at her age she should also be able to get a beer if she wanted one and knew how to behave. At college she drank with her friends occasionally and never got in trouble, and was even honest with her Mum about it. The Mother had expressed disapproval but accepted that her daughter was in some ways a grown woman. The comment she had made about it months earlier was that she understood and hoped she'd be careful, but that she better not ever catch her doing that at home before her next birthday.

It was Summer now and Jane was back at the family ranch, and she had forgotten all about that. She was now very used to all her new adult freedoms. When she packed to come home she still had half a bottle of Jack Daniels and some Tequila, and she put the bottles in her bag. She didn't want to waste the expensive liquor.

The bag at her feet made Jane very afraid, particularly when she looked up to see her Mother standing there fuming. She told her daughter firmly that there was to be no underage drinking in her house ever, and that since she was so childishly disrespectful and disobedient she was going to be punished appropriately.

The hair on the back of her neck stood up because she suddenly remembered all of the many spankings she got as a younger girl. It had been years, but her Mother had that tone. Decisive. Jane didn't have long to think about it as she watched her mother pull a chair from the edge of the wall to a well lit spot under a hanging light bulb. This seemed very ominous to Jane.

Her Mother wouldn't have gone through her things, but she had tripped on the bag which her daughter had left open, and knocked out it's contents. She explained that to Jane, who was getting more pale by the minute. The girls Jaw dropped when she was told that she first get a spanking like a naughty little girl, for simply having disregarded her Mother's wishes. Then, because she was no longer a little girl, a more memorable punishment would follow. She didn't say what, only that Jane would make it much worse for herself if she didn't acceppt it with as much grace as she could muster.

Sitting on the chair her Mother magically produced the same hairbrush she had been spanked with more than a few times as a girl, and made Jane pull down her raiding pants and pretty satin panties. Shaking, Jane complied, feeling like the straw covered ground might disappear under her feet. She nearly fell into position across her Mothers lap, and the lady began to paddle her bottom with the brush with no remorse about delivering a good hard spanking. She lectured her about respecting others and herself, and how she expected that a real spanking would make her really think more carefully next time.

Jane squirmed across her mother's lap, the hard smacks seeming unbearable. Had it hurt this much when she was younger, she wondered? Her soft skin became very tender and hot quickly, and she begged her mom to stop. To no avail, just as it had been the last time her Mother spanked her, the punishment continued until she was crying and kept going.

Finally her Mother put the hairbrush down, which was a great relief for a second. Then she remembered what her Mother had said before she spanked her with the hairbrush. Now she was made to get up and lay across the chair, while her Mother got her riding crop.

It slashed through the air and collided with both of her bottom cheeks at once in a burning line of fire. Again and again the crop landed, not just the tip, but the whole length of the little whip. Jane yelled out and her mother paused to tell her that it really didn't matter how much noise she made, they were in a stable in the country. She was going to get the whipping she deserved weather she liked it or not.

Line after line landed on the girls bottom as she apologized and tears streamed down her face.

Finally it stopped and her mother let her get up and pull her cloths back on. She told her that she was almost proud of her for taking her punishment so well, and she'd save the bottles for her 21st birthday. 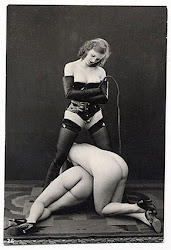 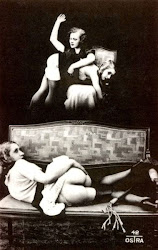